Behind the creation of that beautiful routine, is a group of athletes who worked tirelessly to create that piece of art and athleticism. But within that team, there’s at least one who didn’t think she’d make the cut. Not because of her skill, or lack thereof. Rather because of her size. Because she had thighs that touched or didn’t have a flat stomach. It wasn’t her skill holding her back. It was her shape.

The current general culture of synchro is one that tends to foster a focus on how an athlete looks, over how they perform. And while, yes, we want our athletes to be in the best shape they possibly can be (and that doesn’t just mean appearance wise!), our sole focus on looks over skills can often hinder just that, the skill and performance itself.

Under-eating and inadequately fueling during intense training is the biggest cause of injury. The female athlete triad is something I don’t believe (as a former athlete and now practicing dietitian) is focused on enough and often goes misdiagnosed or even undiagnosed.

Girls/women who play sports or exercise intensely are at risk for the female athlete triad. The female athlete triad is a combination of three conditions: disordered eating, amenorrhea, and osteoporosis, most often seen early on as low bone mineral density. These can occur in congruence with or without the disordered eating or eating disorder piece. The impact of the female athlete triad is not only immediate in terms of an athlete’s performance, it is also long lasting and can greatly impact the athlete’s health in the long run. This is just one of the reasons why I am so passionate about changing the narrative to encourage adequate fueling for our athletes! It doesn’t just matter now; it matters for the rest of their lives.

So, how can we change the narrative? Shift away from appearance focused talk and move towards performance enhancing talk!

I believe our words as coaches, fellow athletes, parents, siblings, and friends can make all the difference in the world. Simply changing our language can have a major impact on our athletes overall health and wellness, and therefore their performance.

Instead of saying: "you need to look good in the suit” (something that was actually said to me as an athlete).
Try:“we want you to be able to perform at your best.”

Instead of saying: "Don’t eat sugar, it’s bad for you.”
Try: "focus on foods that make you feel your best and help you maximize your potential.”

Our words are powerful. They can easily impact an athlete for the rest of their lives. I know, because it happened to me firsthand.

The more the athlete is restricted, the worse off their relationship with food will be, which will directly impact their ability to perform at their best.

Lastly, if an athlete feels good about themselves, they’re going to be more confident. Confidence precedes performance. Instill confidence in an athlete about their ability to fuel themselves, and they will not only be able to provide themselves with the fuel needed to excel in their sport, but they will also find the confidence to take it to the next level. 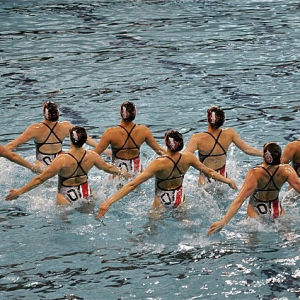 To learn more information of the female athlete triad click the link below. 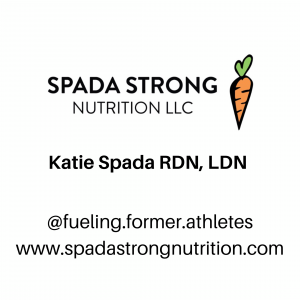